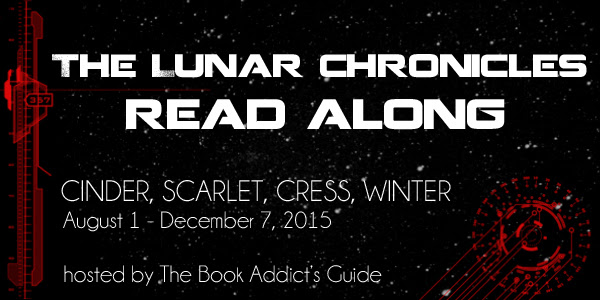 I'll admit, I'm still fairly new to science fiction. Not for lack of trying, but sci-fi and I have an odd relationship. I love it in theory, but struggle to find entertainment in the genre that I like. Seriously, as of making up this post, I have 27 books on my sci-fi shelf over at Goodreads. And 7 of those are media tie-in novels.

Mercenary Instinct by Ruby Lionsdrake - This book is definitely on the steamy side of sci-fi romance, but it's a lot of fun. What's a book called that has explicit sex scenes but isn't actually erotica? Because that's what this book is, fair warning. If it sounds good, you can get it free for your kindle from amazon.

Trading in Danger by Elizabeth Moon - It's been ages since I read this book, so things are a little fuzzy. I remember really enjoying it, but the series was a little too...long winded. And anticlimactic. But this book was good.

Academy 7 by Anne Osterlund - This book has great worldbuilding and two of the most broken and lovable leads I've ever seen. Which was why it was a huge disappointment to me that the entire plotline in the book was about them healing and becoming a couple. There was nothing else going on the entire book. (If you like that, it's awesome. If you don't...the people were great?)

The Vindico by Wesley King - The only book on here that isn't far future/space opera sci-fi. It takes place now on an earth that has superheroes. And supervillains. A very fun book

The Inventor's Secret by Chad Morris - I love this series so much. It is totally awesome! Not only does it have science fiction, it has a strong dose of history and it's just one of the best sci-fi books I've read. (It's also not space opera, but it is in the distant-ish future.)


Special Mentions:
So, not all is going to be about books, but I refuse to post pictures of every single sci-fi thing I want to recommend. (This post would be crazy long.) So, if you're interested in non-bookish sci-fi, some suggestions:

I, Robot (Movie) (Based on Isaac Asimov's story)
Ultraviolet (Movie from 2006) (Dystopian with a kickbutt leading lady)


I'm always looking for sci-fi suggestions, so if you've got any, let me know and I hope you've found something that caught your interest.